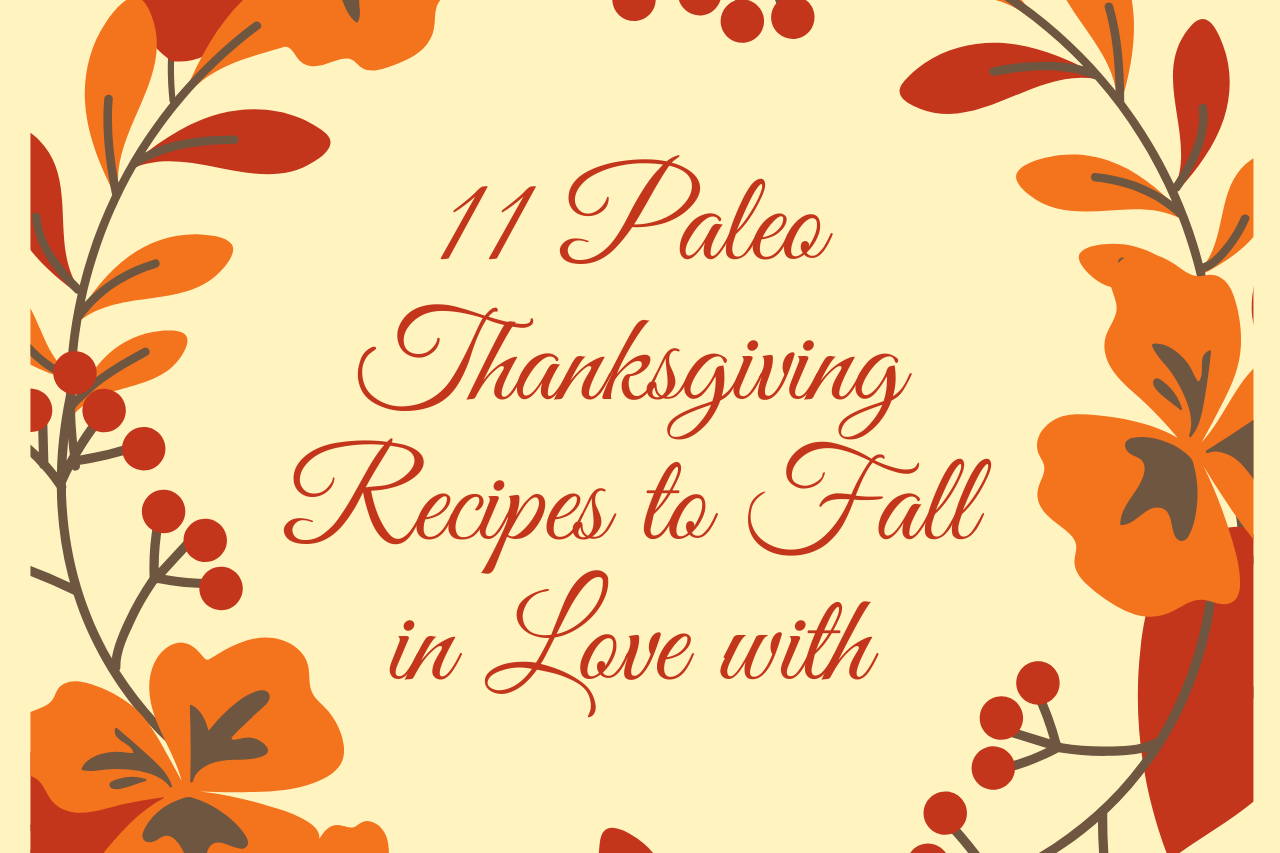 I started on my low carb, lectin free journey about a year ago. Last year was our first year attempting a Paleo Thanksgiving. It was such a success that I’m definitely going to do it again this year. Everyone loved the food and no one felt like they were missing anything. The best part of all was that even though we all stuffed ourselves, we didn’t have that morning after regret. In fact, my stomach was feeling pretty good by bedtime.

The other good thing about doing a Paleo Thanksgiving is that you don’t have to stress about making a million sides. I used to debate all the possibilities but keeping it Paleo keeps it focused and less stressful. However, that doesn’t mean your Thanksgiving is going to be limited. Luckily, Thanksgiving has a lot of ingredients that are Paleo friendly such as sweet potatoes, nuts, roasted veggies, turkey, etc. The only things that need some conversions are stuffing, gravy (easy peasy) and sugar substitutes for your dessert and cranberry sauce.

Because I also strive to be lectin free, I don’t go near green beans anymore. I know, it was a loss but surprisingly I do not miss them as much as I thought I would. I also never really liked green bean casserole. I preferred my green beans bright green and crisp or deep fried and braised in a sugary soy sauce. But, that was in a former life.

Here’s my roundup of some of the best Paleo Thanksgiving recipes.

Garlic Herb Butter Thanksgiving Turkey Recipe
Most turkey recipes are paleo but I wanted to post this one becuase it’s a classic and you can’t go wrong with a classic.

Stuffing is hands down my favorite Thanksgiving side so I will labor over this single dish until the cows come home. The good thing is that you can prep your paleo/grain-free bread weeks in advance and freeze it in the freezer. I like to cut it into crouton sized cubes and put it in the freezer so that it’s ready to be baked and turned into croutons. You can also chop all of your ingredients a couple of days in advance so you have more time to focus on the other dishes.

Sourdough Bread Stuffing Recipe
This next one is the recipe I used to use for years before going gluten free. I still use this recipe but I replaced the sourdough with lectin free bread and add walnuts. You can choose your favorite grain-free or gluten free bread.

Sweet Potato & Pork Thanksgiving Stuffing
If you just don’t have the time to prep your own bread or you don’t care if there’s bread in your stuffing, this recipe still has all of the flavors of delicious sausage stuffing.

Mashed Japanese Yams with a Maple Butter Glaze
This recipe is so good that it might even be your star sidedish of the year.

Creamy Garlic Mashed Cauliflower
This is a go-to favorite at my house. I featured it in my How to Get Your Significant Other to Make You a Low-Carb Mother’s Day Dinner post. If you want to go low-carb, this one is great and doesn’t sacrifice any flavor.

The Best Paleo & Whole 30 Gravy
This gravy uses tapioca starch as a thickener instead of flour. This is a good one to have on hand after you finished your gravy and used up the pan drippings but you still have leftovers and need more gravy.

Easy Paleo Gravy (Keto, Whole30, Gluten free)
This one uses cauliflower as the thickener if you’re adverse to the texture from tapioca or arrowroot starch.

3-Ingredient Paleo Cranberry Sauce
This recipe calls for honey or maple syrup as the main sweetener. I’ve used erythritol before but it tends to crystalized when it cools and not in a good way so I prefer natural sweetners for my cranberry sauce.

Paleo Pumpkin Pie
Pumpkin pie is paleo but because I also avoid lectins, I opt for pecan or sweet potato pie. There are many Paleo pumpkin recipes out there. I think all pumpkin pies should use coconut milk in place of sweetened condensed milk. My friend makes a killer pumpkin pie with coconut milk and I think that makes all the difference.

The Best Pecan Pie – With No Corn Syrup!
Pecans pie and pecan bites are the best. The pecan bites can definitely be made year round. This year, I have pecan pie on the menu and I know everyone is going to go nuts over this recipe. 🙂