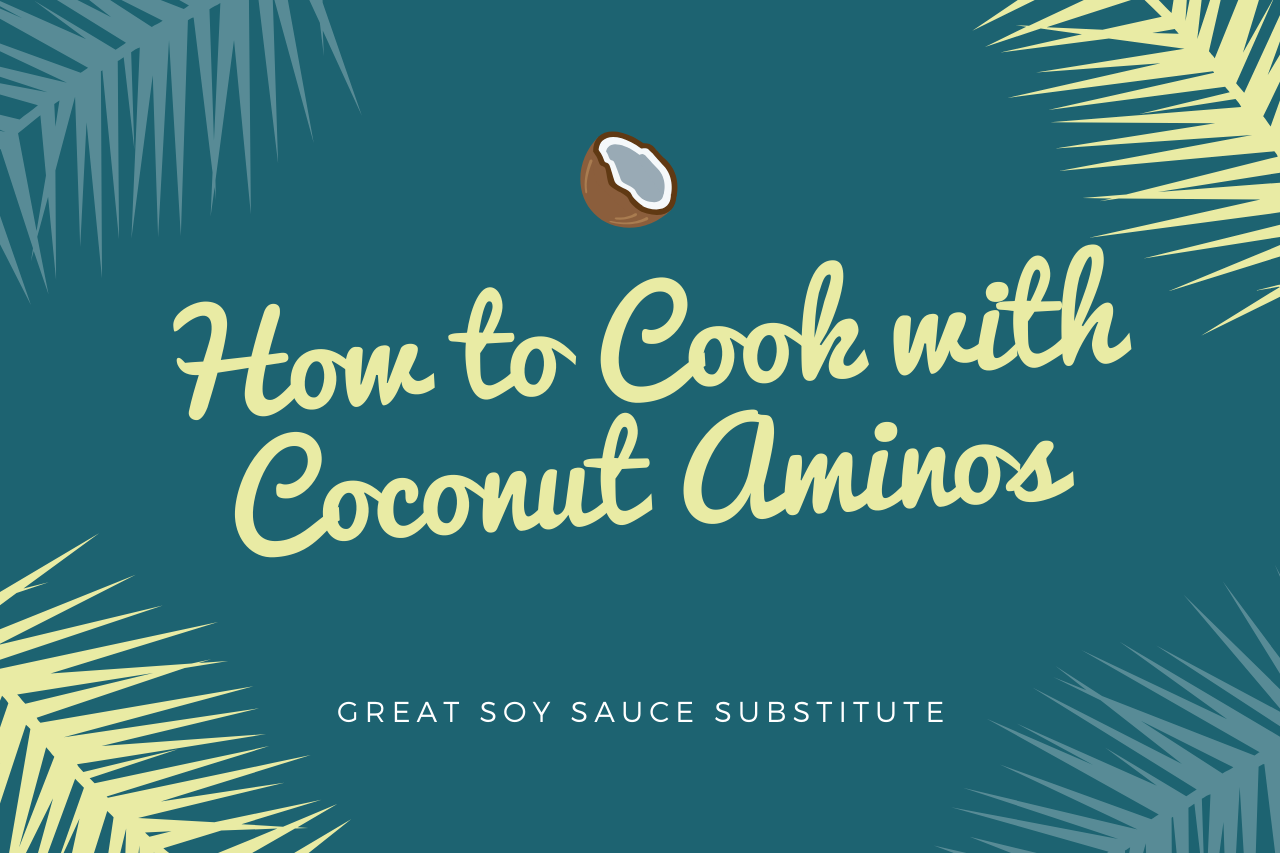 How to Use Coconut Aminos

I’ve been working on eliminating gluten in my diet but one of the most difficult things has been soy sauce. I have used Tamari but it contains soy which I’m also avoiding so it’s been a difficult road. I had known about coconut aminos but I don’t know if it’s the fact that the most well known brand is anywhere from $6-9 for a 8 oz bottle or that I couldn’t fathom how coconut sap could taste remotely similar to soy sauce, but I didn’t try it for a long time. And then, a couple of months ago, I happened across Organic Coconut Aminos at Trader Joe’s! I shop there every week and somehow I missed it! I realized how much I really only look on those coveted middle shelves that are eye level because their coconut aminos was on a lower level. Anyway, at $2.99 for a 8.5 oz bottle, I decided to give it a try. Boy was I pleasantly surprised! Sure it has a little sugar because it’s derived from coconut sap, but if you’re using a small amount for flavoring, it won’t break your diet. Also, a little goes a long way.

My Favorite Ways to Use Coconut Aminos

It goes without saying that coconut aminos is a great substitute for soy sauce. Especially if it’s a sweet soy dish. Japanese food is top of the list for things like teriyaki chicken, yakisoba, nimono (braised meat and vegetables) and “rice” bowl dishes etc. I realize if you’re grain-free or low carb, you’re not exactly going to be eating yakisoba or rice but I like to make shirataki (yam noodle) yakisoba or you can use the Miracle noodle brand or good old cauliflower rice. I have an Asian supermarket nearby so I tend to buy regular shirataki noodles because they are a little cheaper and I don’t have to make a separate grocery run. I also love to make Chinese style stir fry dishes and marinaids for meats with it.

Of the dishes mentioned above, my favorite thing to do with coconut aminos is nimono (braised meats and vegetables) or Chinese style stir fry dishes. I also like to use it in place of soy sauce in Korean dishes like bulgogi and chapchae or japchae (Korean sweet potato noodle dishes). One of the best uses is using it to make Asian style dipping sauces. You can add a little sesame seed oil, scallions and some sesame seeds to make a quick dipping sauce.

Here are some tried and tested recipes that use coconut aminos

Substitute the soy sauce with coconut aminos and the Mirin with Japanese cooking sake. Also, substitute the sugar with a sweetner of your choice such as erythritol or xylitol. If you need additional sweetness, add 1 teaspoon of sweetner at a time.

Follow this traditional recipe and swap out the soy sauce with the coconut aminos at a one to one ratio. Skip the sugar. If you need a little extra sweetness, add a teaspoon of erythritol.

It’s great to use in salad dressing to give it a depth of flavor and a hint of sweetness. I’ve added a touch to balsamic vinaigrette to take the edge off and give it an extra somethin’ somethin’.

Adding a teaspoon or so to your marinade can also elevate the flavor. It compliments any strong flavored marinade such a barbeque flavor. It also goes well with Italian or greek marinades.

If you’re making a skillet that calls for some ground meat, add a teaspoon to the mix with some fresh chopped garlic. Yum! It will enhance the flavor of the meat but you won’t be able to quite place what the flavor is. You can also add it to your burger mix or meatballs in place of worcestershire sauce.

Although, I have not tried it, I think it would make a wonderful substitute for balsamic glaze on vanila ice cream. I would reduce it until it’s thick and syrupy. Drizzle that on ice cream to give it that sweet and salty effect. I gotta try it now!

Chex party mix. Add a little to give it a sweet and salty flavor. Add your favorite nuts and even a little spice to kick it up a notch.