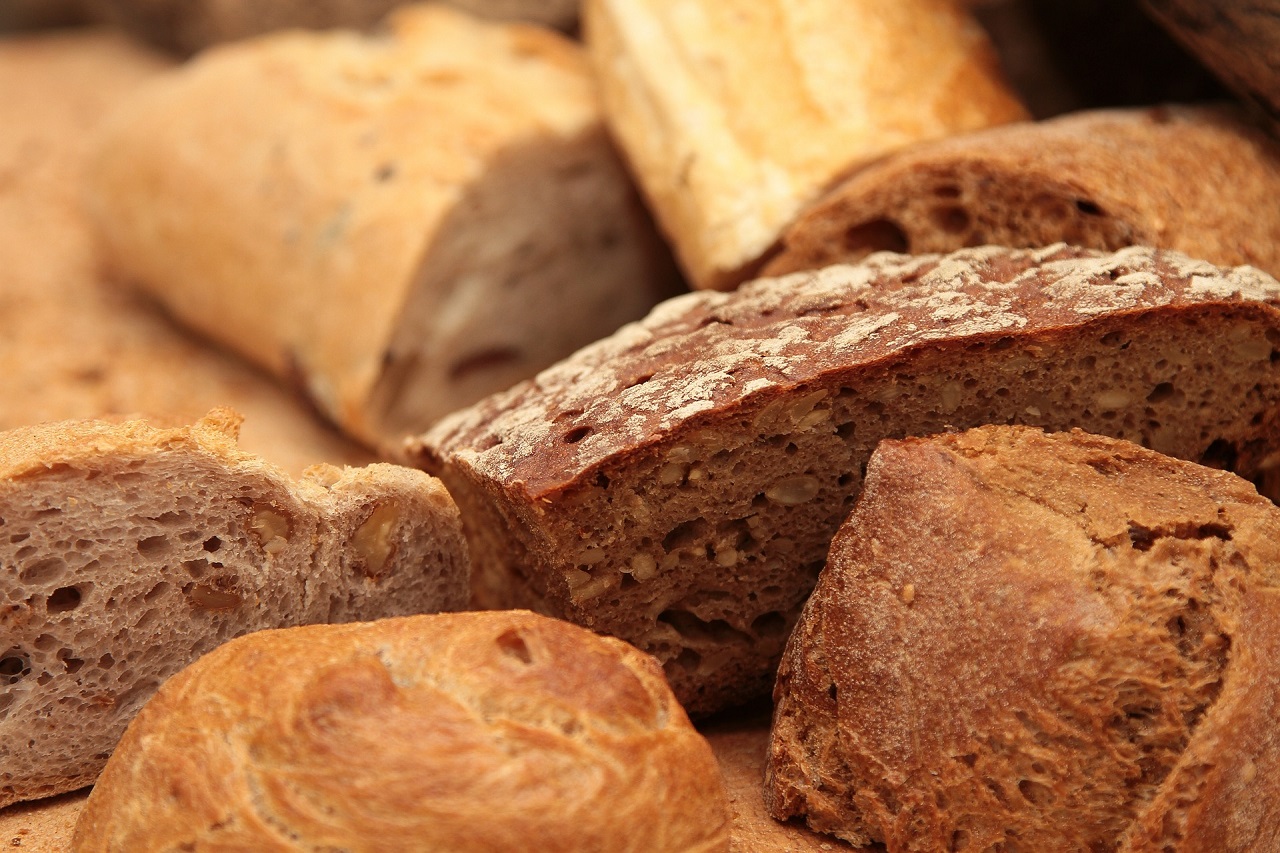 Switching to a low-carb diet is difficult when you abruptly don’t have a staple such as bread to work with. In the beginning, I lamented the loss of bread, and with no other good substitutes, I replaced it with rice but that isn’t exactly grain-free. I told myself at least it’s gluten-free. As I started to lean more and more into a grain-free lifestyle, I started testing out more recipes for grain-free breads. There are so many different types of flours that I was overwhelmed with the selection and how to use them. Here’s a list of the most commonly used “flours” and ingredients for grain-free baking.

Almond Flour: It’s best to get the blanched and finely milled almond flour to avoid grittiness in your baked goods. Almond flour is the most widely available of the grain-free flours so if other flours are harder to come by, you should still be able to bake a nice grain-free almond bread. Because almond flour is a nut flour, it is high in fat content and protein and therefore, popular among those on the Ketogenic diet but also used by Paleo and low-carb dieters. It lends a sweet and nutty flavor that works well with baked goods.

Arrowroot Flour: There are many uses for arrowroot such as thickening sauces, using it as a vegan binder etc. In baking, it’s used to lighten breads, especially those that use more dense flours like nut flours. It also helps to bind nut flours because they don’t have gluten in them which acts as a natural binder. The more you use, the more it will give the bread a chewy consistency.

Cassava Flour: Cassava flour is the grain-free all purpose flour and is probably the closest substitute to wheat flour (although it’s not exactly the same, sometimes I think it’s better.) It can be used in a 1:1 ratio (AP flour to cassava) but is dependent on the actual recipe. Because it’s a root starch as opposed to a nut flour, it has a high carbohydrate count and should be used in moderation for those on a low-carb or Keto diet. Consequently it has a lower fat count compared to nut flours.

Note: Although cassava flour and tapioca flour are made from the same cassava plant (also known as yuca or manioc), it usually cannot be substituted for each other. Cassava is made using the entire root and has more fiber and is more absorbent than Tapioca flour.

One last note about cassava flour. The quality of cassava flour varies considerably by brand and can effect recipes quite a bit. The most popular brands are Otto’s Cassava flour and Anthony’s Organic Cassava Flour. I’ve tried other brands and ended up with too much moisture in the recipe. Most recipes call for Otto’s so be mindful of how much liquid you add to your recipe if you use other brands.

Coconut Flour: Coconut flour is popular in grain-free baking because it’s low in carbohydrates and high in fiber and healthy fats. It can be difficult to work with and is usually combined with other flours such as almond or tapioca flours. Because of it’s high fiber content, it’s very absorbent so you’ll need more liquids or eggs to add moisture to your baked good. As a basic rule of thumb, replace 1 cup of wheat flour with 1/4 to 1/3 cup of coconut flour and add additional eggs or liquid.

Ground Flaxseed: Flaxseed are high in omega-3 fatty acids, fiber and many other nutritional benefits that make flaxseed popular. In baking, one of the benefits is its binding effect in baked goods. It is often used in vegan recipes as an egg replacer. As a general rule, use 1 tablespoon of ground flaxseed with 3 tablespoons of water and let it sit for a couple of minutes to allow it to become gelatinous. It can also be used to replace fats such as butter in a recipe. For every tablespoon of butter or oil called for in a recipe, replace with 3 tablespoons of ground flaxseed. Lastly, it can be used to replace flour. Replace 1/4 to 1/2 cup of AP flour with ground flaxseed.

Tapioca Flour: Tapioca flour, also called tapioca starch, is usually used in combination with other flours but can be used as the sole flour in a recipe such as in Brazilian cheese bread mochi like consistency. Mmmmm. It contributes to crispiness and flakiness in pie crusts/pizza crusts and chewiness in breads and pastries. If tapioca flour is being used as one of the main ingredients, it can be substituted in a 1:1 ratio for AP flour but you may want to increase it slowly up to a 1:2 ratio (AP flour to Tapioca) or add other flours. Like other grain-free flours, it isn’t quite as absorbent as wheat so you’ll have to adjust the wet ingredients or add more flour to make up for the extra moisture. If it’s being used to lighten the bread, start out with a few tablespoons.

Tigernut Flour: Tigernut is made from a root vegetable, starchy like other root vegetable flours. It is a little more on the grainy side and used a lot more in sweet baking such as cookies and scones although can be used in bread recipes. (See sourdough recipes below.) It will require a binder when used and is often combined with other starches such as tapioca or arrowroot and/or a binder such as eggs, ground flaxseed or gelatin.

7 Categories of Grain-Free Bread Oh My!

There are many many many grain-free bread recipes but I’ve categorized them into 7 categories with example recipes below. I also listed the main ingredients and any of the above ingredients if they were in the recipe.

1) Combination Flour & Egg Breads: These breads are usually a combination of almond flour and other flours such as coconut or ground flaxseed. They usually call for lots of eggs to help the bread rise. These breads can sometimes have a cakey texture and can be eggy. They are good for loaf breads or small sandwiches.

2) Cheese & Egg breads: These breads contain cheese, eggs and sometimes grain-free flour and are light and airy in texture.

3) Yeast combo flour bread: These breads have a nice yeast flavor to them making them that much closer to yeast wheat breads.

5) Cultured breads: There are many options to make your own starter. Examples include, probiotics, kombucha, sauerkraut and juice from other fermented vegetables.

6) Flat breads/wraps: Most of these wraps are quick and easy, especially the Pita wraps and the first tortilla recipe. They are great for sandwiches at lunch or tacos for dinner. Get yo’ wrap on! Sorry…couldn’t help myself.

7) Egg free, Nut free, Vegan: There are also many options if you want to go egg free, nut free or vegan. The above flat bread recipes are all vegan and most are nut free. Here are two additional egg free, nut free and vegan breads.

If you’re just starting out on your grain-free bread making adventure, I would start out with the instant microwave breads and then move on to flat breads. Once you start getting used to using different ingredients, I would move onto a combo flour or cheese bread recipe. If you’re feeling like you’ve got this thing covered, try out a yeast recipe or even a cultured bread. YAY you’ve got this in the oven! 😉